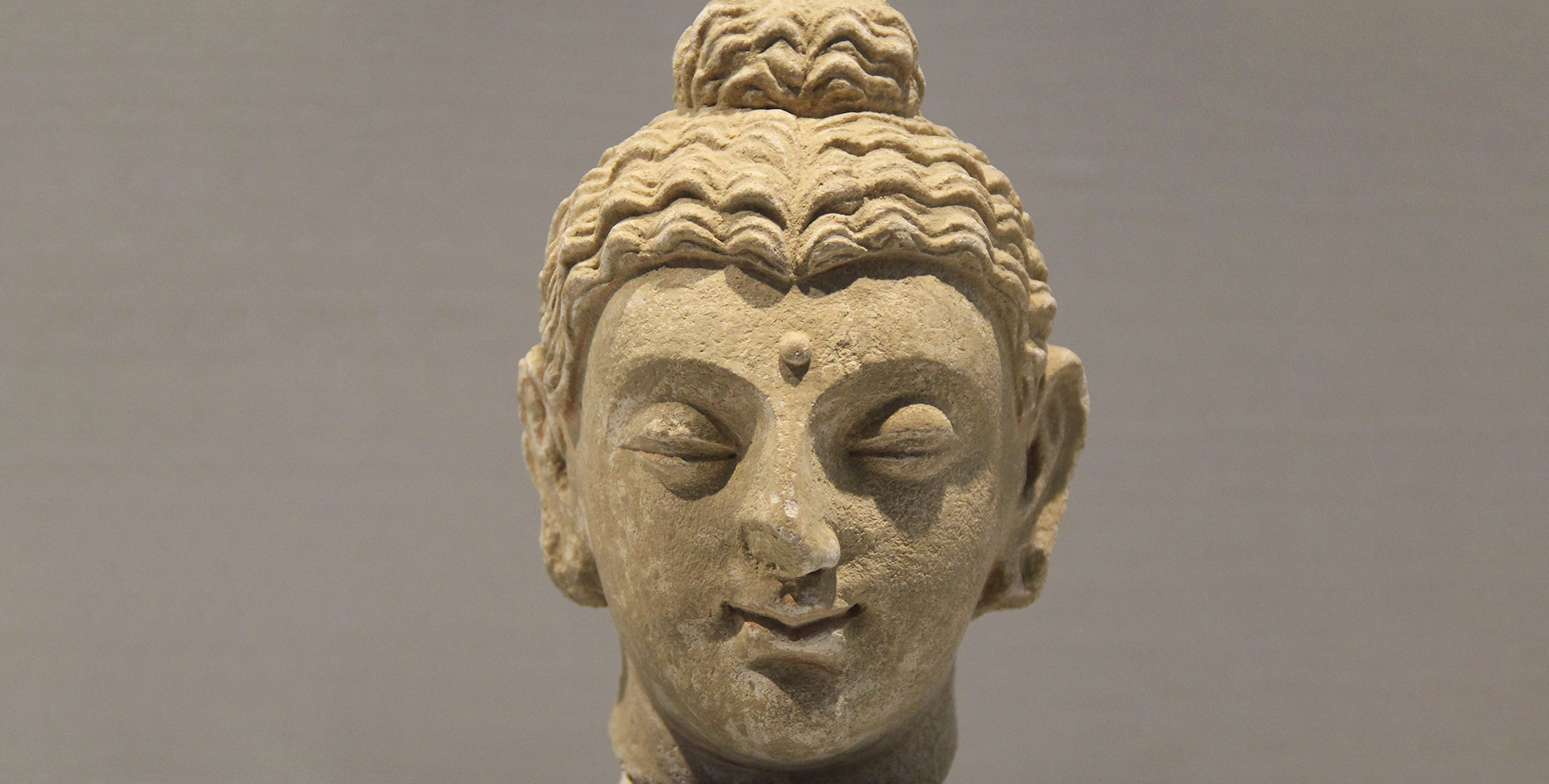 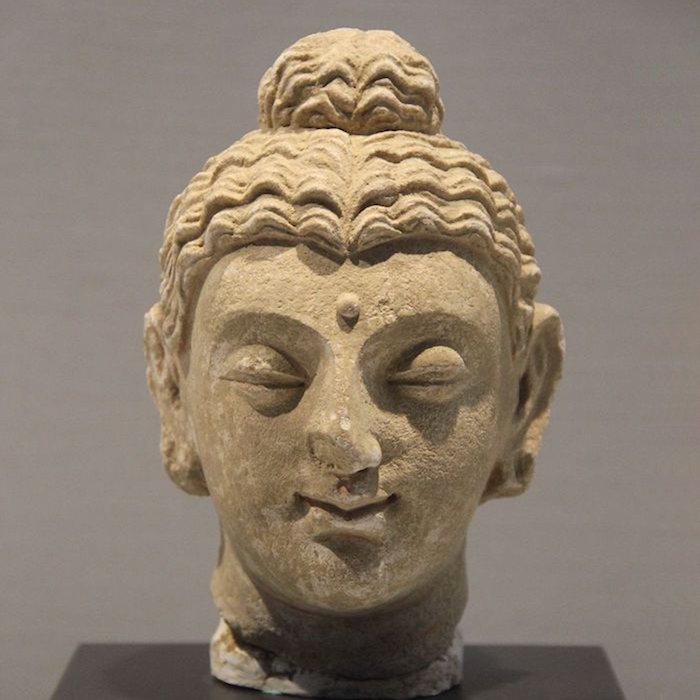 1
The birth of Buddhism
When he reached enlightenment, Buddha freed himself from the cycle of reincarnation.

He was done with it!

All he needed to do now was to show others the way. This is why he started to teach people how they could reach enlightenment too. A community of disciples formed very quickly around Buddha and Buddhism was born, and with it, Buddhist art. 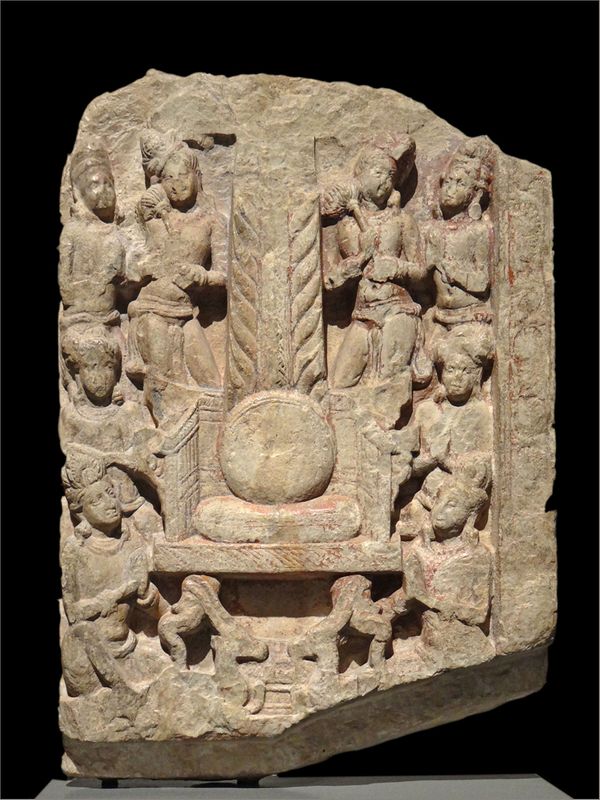 After reaching enlightenment, Buddha set himself the task of helping others to do the same.

2
How to recognize Buddha 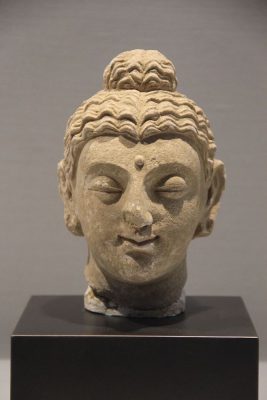 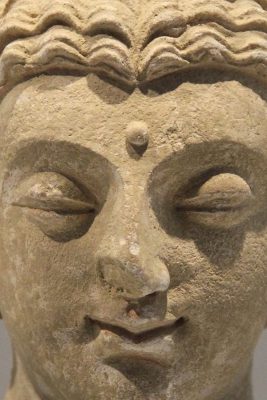 The urna
A tuft of facial hair between the eyebrows

We saw that in the early days of Buddhism, there was never any visual representation of Buddha. However, this tradition did not last!

From the first century AD, his image appeared in works of art, with very precise features…

…such as the Urna, a tuft of facial hair between the eyebrows.

From the very first representations of Buddha, his features were clearly defined.

3
How to recognize a Bodhisattva
We often confuse an image of Buddha with that of other religious figures, the Bodhisattvas.

Unlike Buddha, these were people who, just before reaching enlightenment, decided to wait a bit longer. Why? To help Humanity wake up! But this good work was a costly one for them, as they continued to die and reincarnate.

So how can we tell the difference between them and Buddha? Quite simply by their clothes. Unlike Buddha, who generally wore a monk’s habit, the Bodhisattvas dressed like princes. They were covered in jewels! 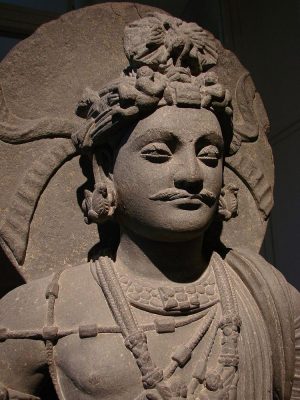 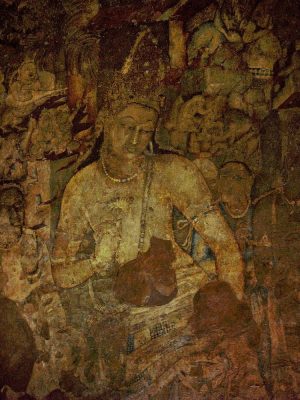 The Bodhisattvas, who delayed the moment of reaching enlightenment to help the rest of Humanity, may be distinguished from Buddha by their jewels.

Buddhism flourished so much that Ashoka, the Indian Emperor himself became a fervent follower during the third century BC. 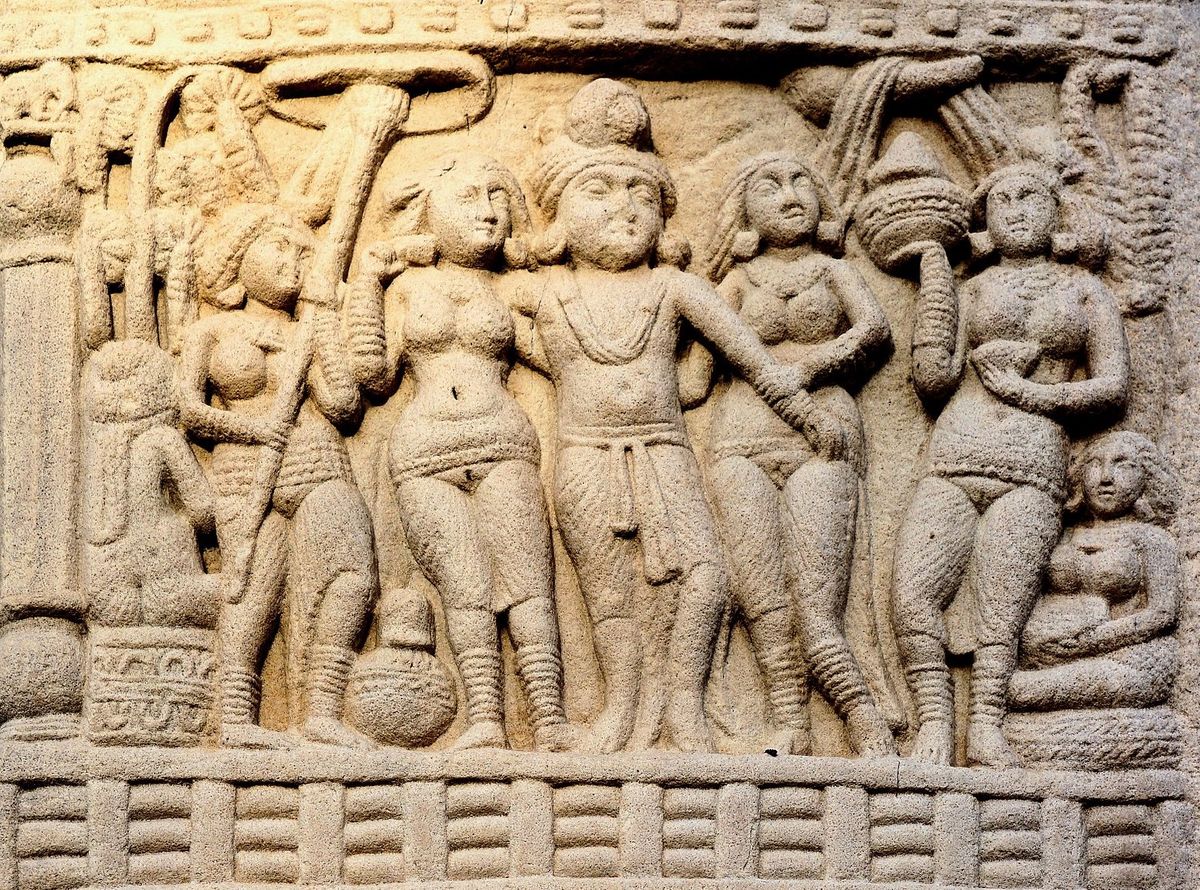 During the third century BC, Emperor Ashoka became an enthusiastic disciple of Buddhism. 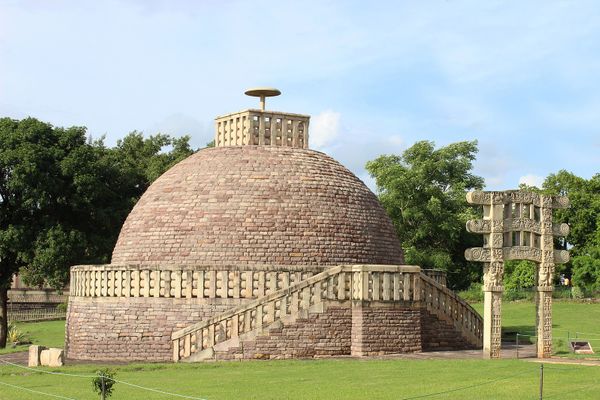 The story goes that Emperor Ashoka built 84,000 “stupas”. These monuments were designed to enshrine Buddha’s remains so that … they could be worshiped! There we are – Buddhist thought also has a religious dimension.

To venerate these remains, worshipers did something strange: they walked round the monument clockwise! 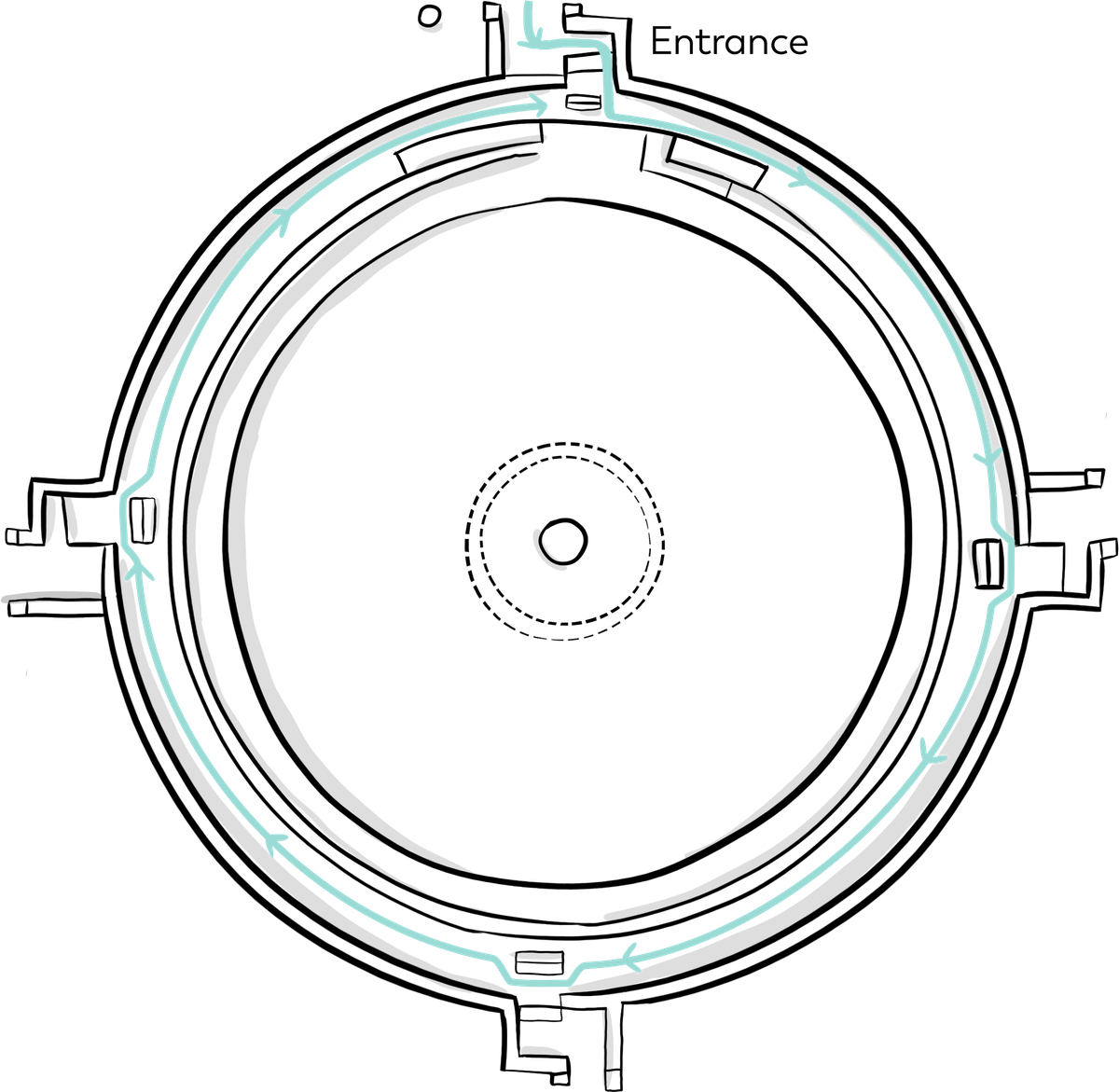 Diagram of a Stupa
In a nutshell

With the stupas that Emperor Ashoka had built, Buddhism was more and more like a religion. 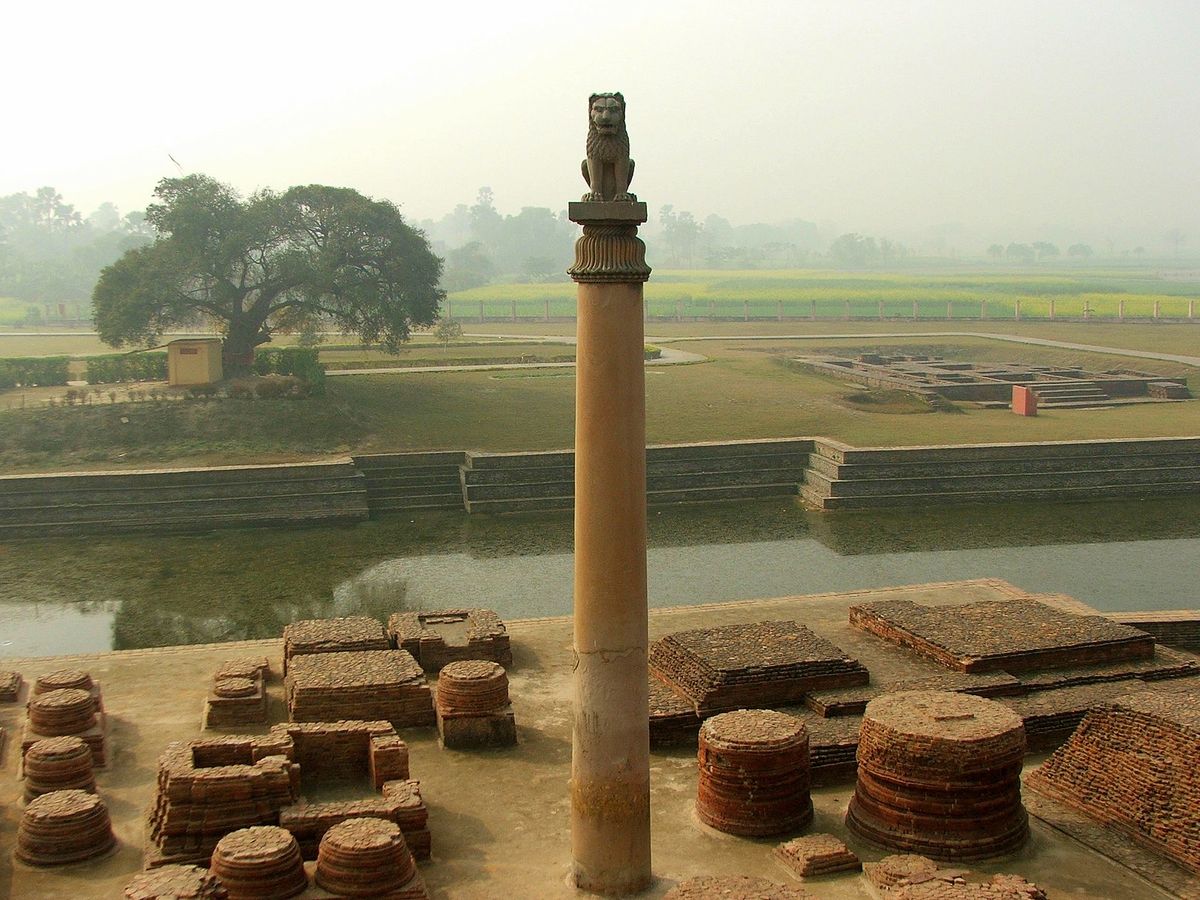 Although he accepted all religions, Ashoka wanted it to be Buddhism that protected his empire. But how could he go about it?

The ruler decided to build monumental columns all over his empire. Of course, the aim was not just decorative! He had Buddhist texts engraved on each of them.

He then went a step further and topped them with sculptures of animals supposed to travel to the four corners of the world to spread Buddha’s teaching. These works of art are some of the oldest Indian statues. 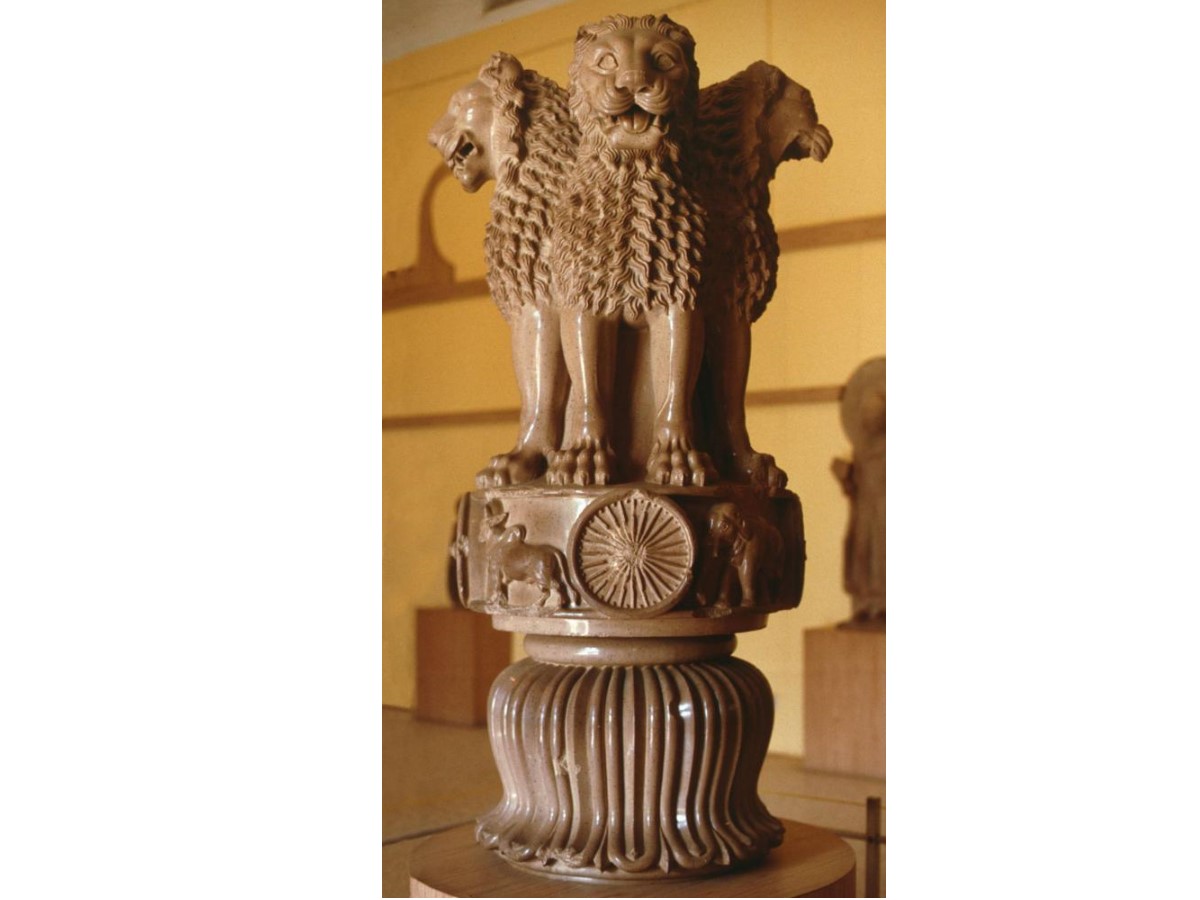 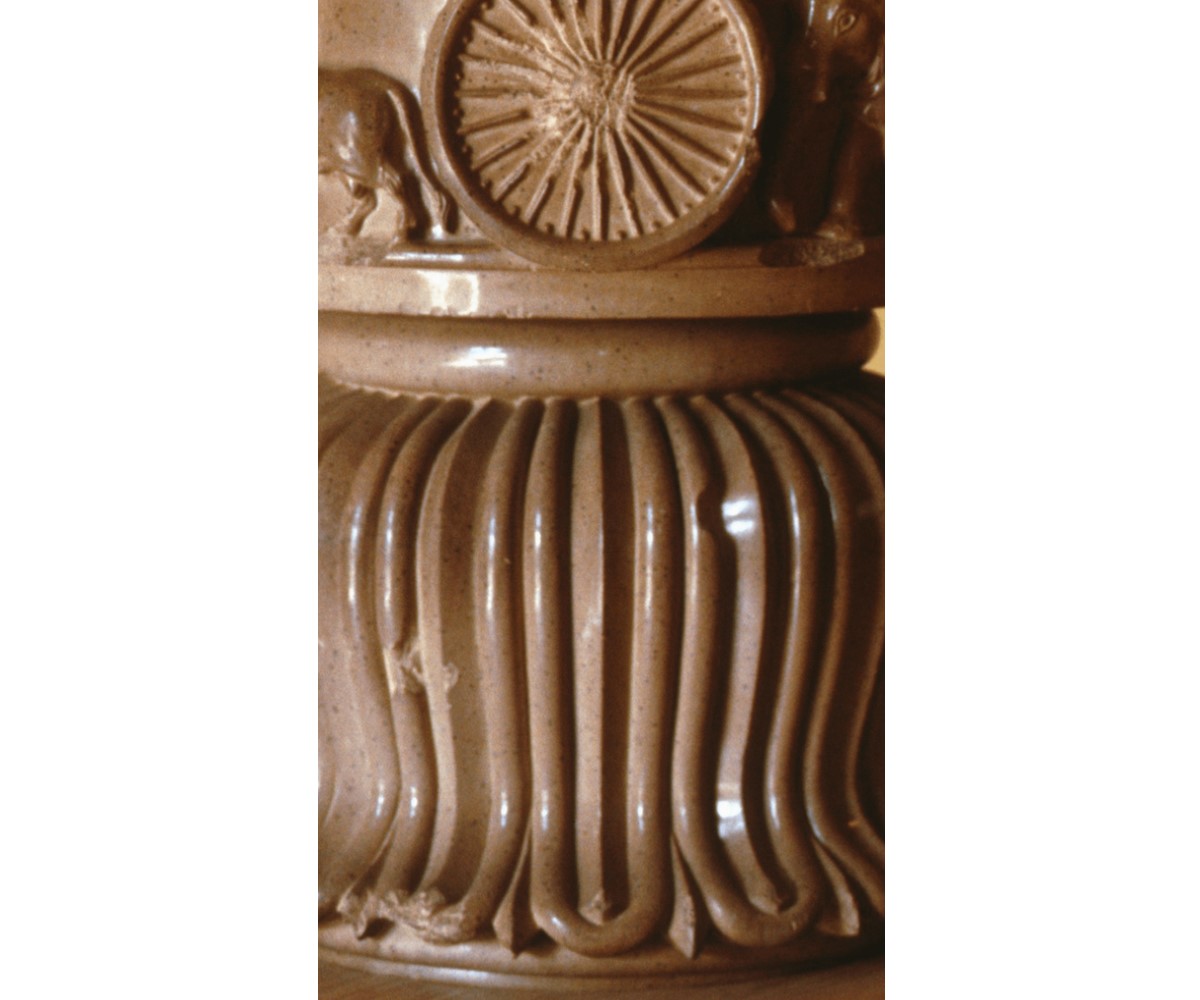 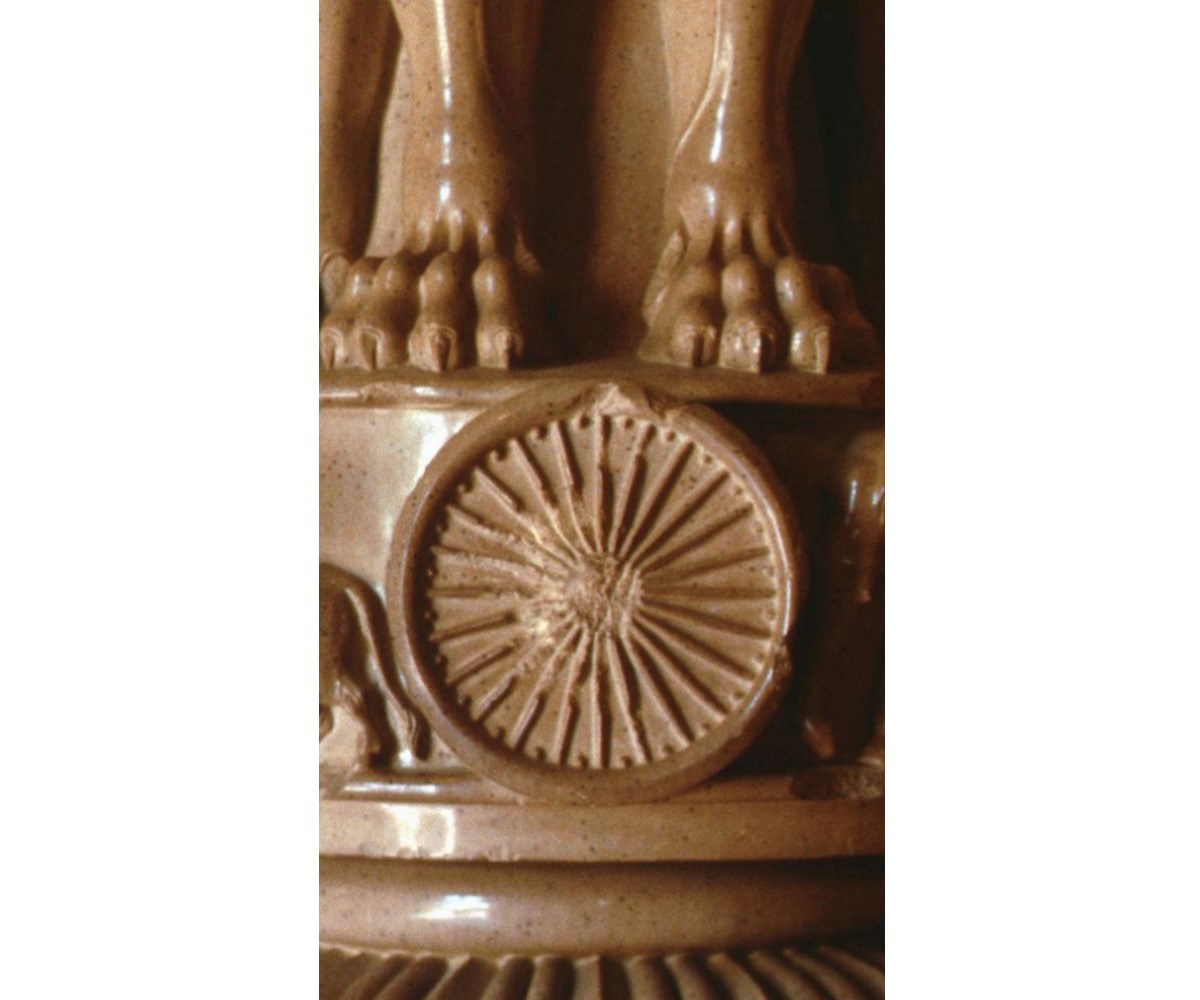 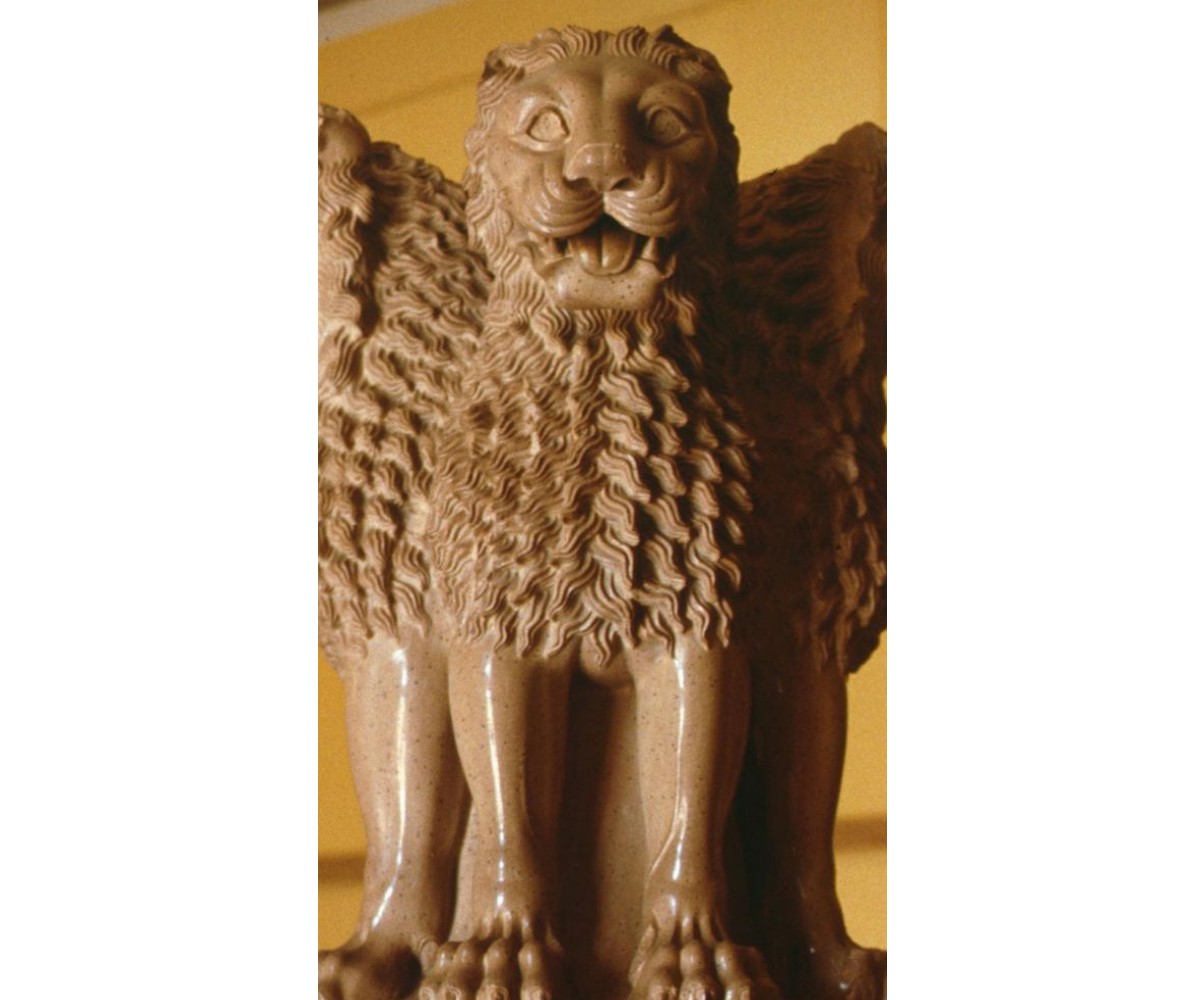 Ashoka had columns built throughout his empire to disseminate Buddhist writings.