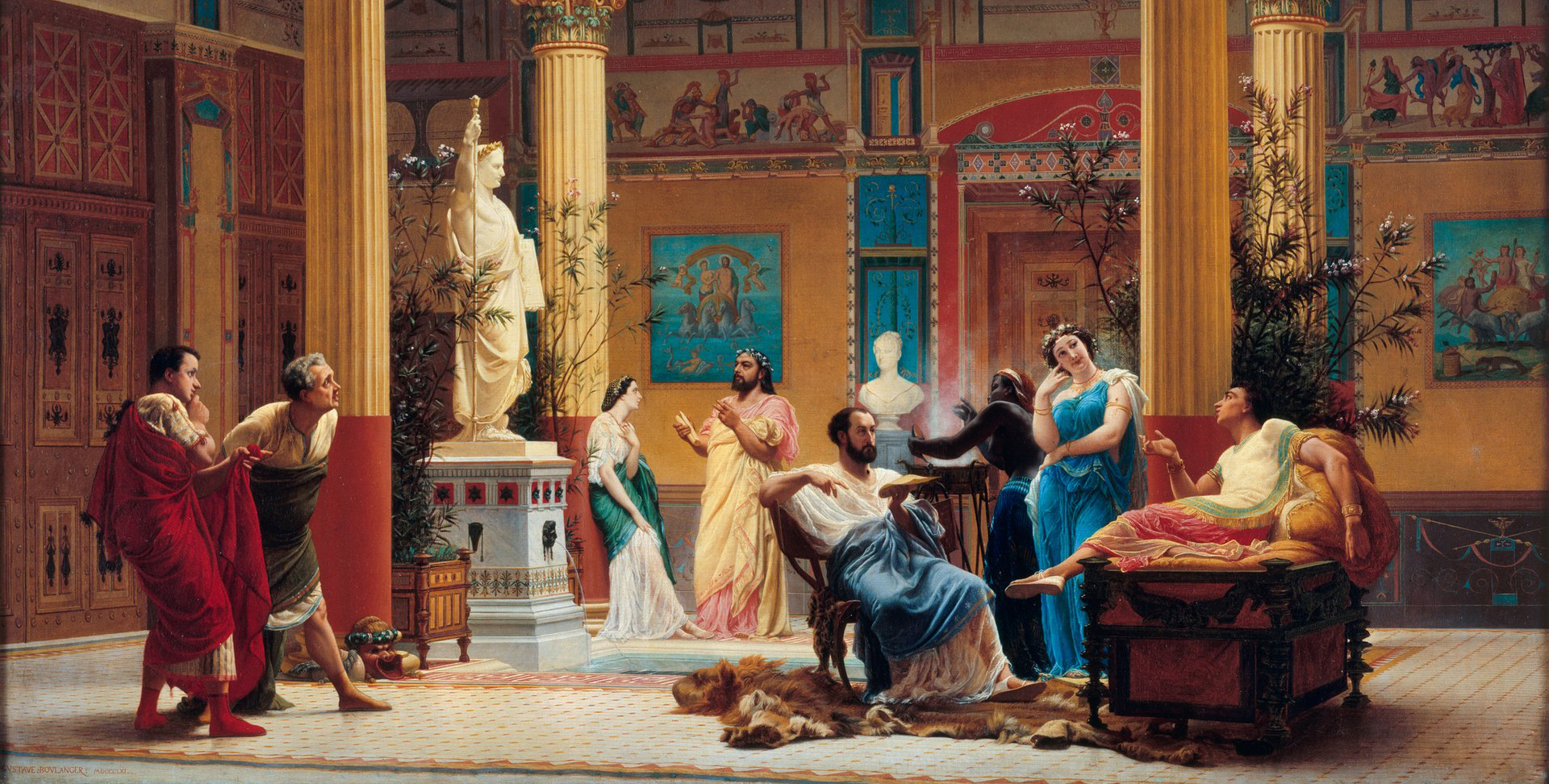 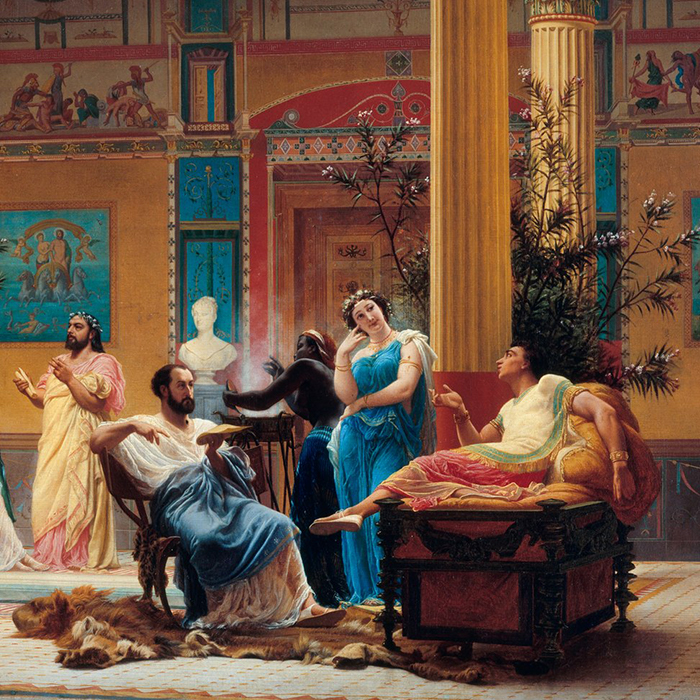 1
The rediscovery of Pompeii

A few kilometres from Naples in Italy,  Pompeii and Herculaneum were discovered – two cities covered by lava and ashes from Vesuvius in 79 AD. 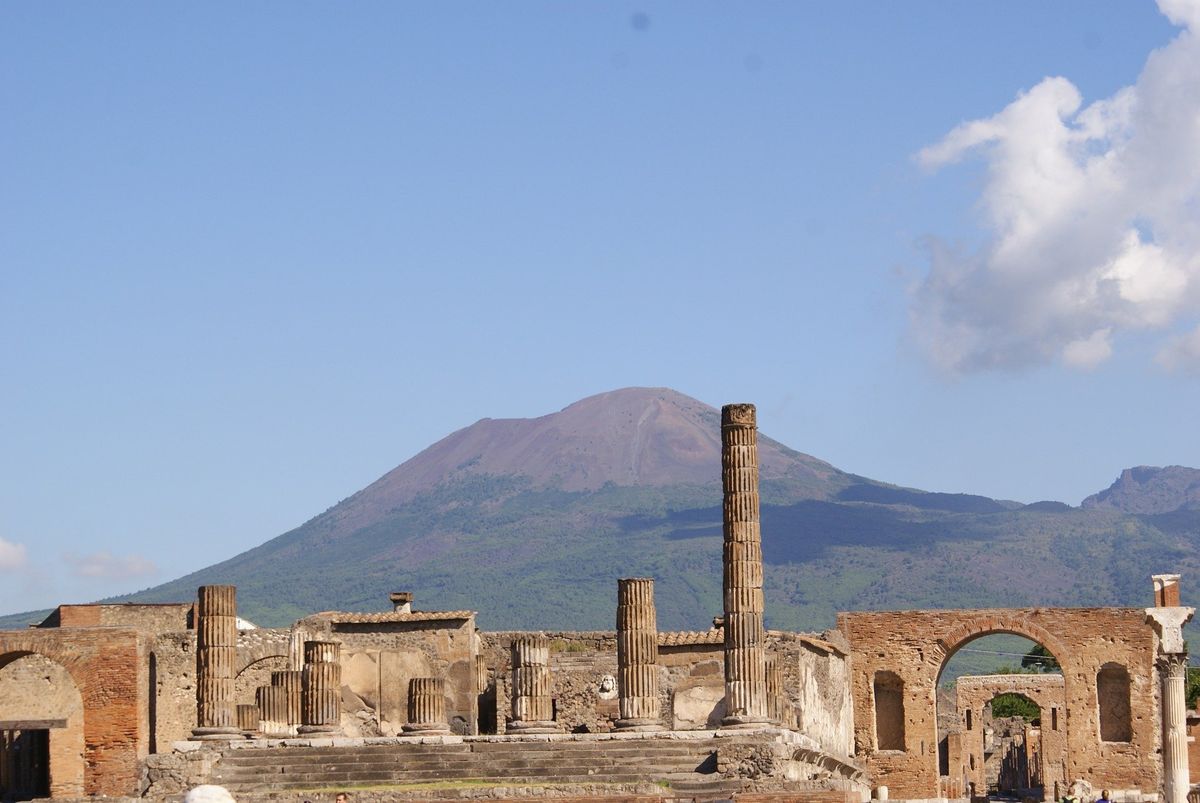 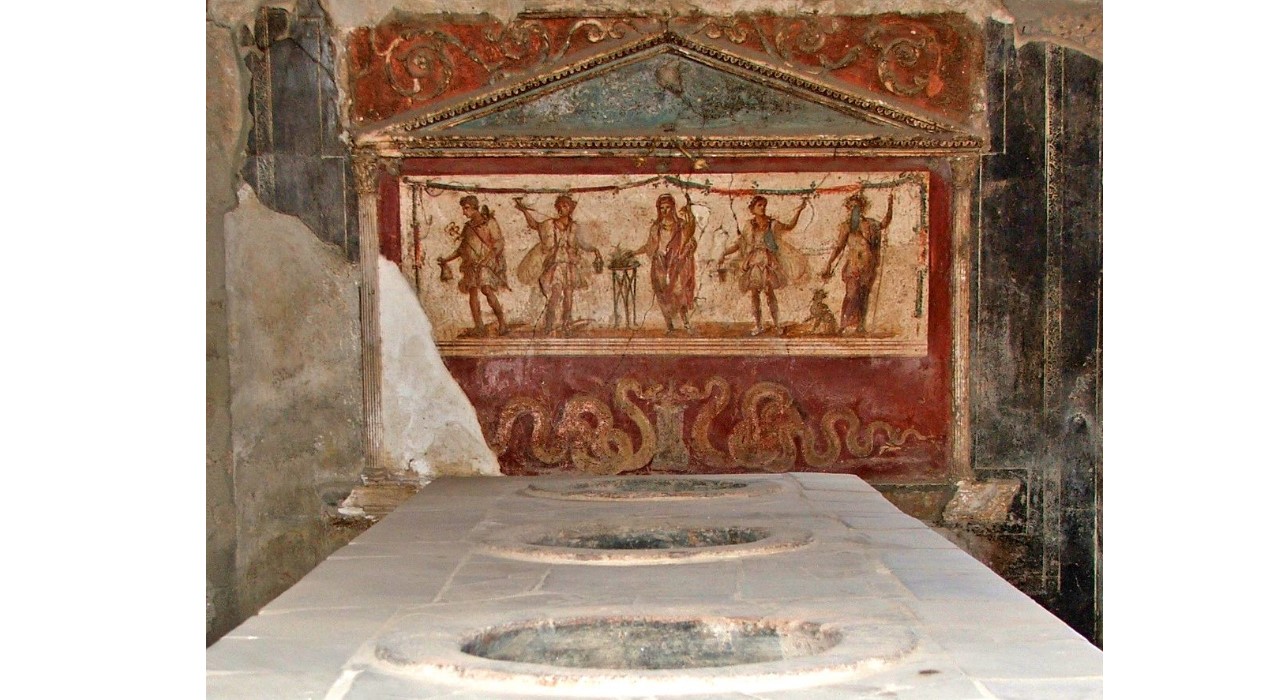 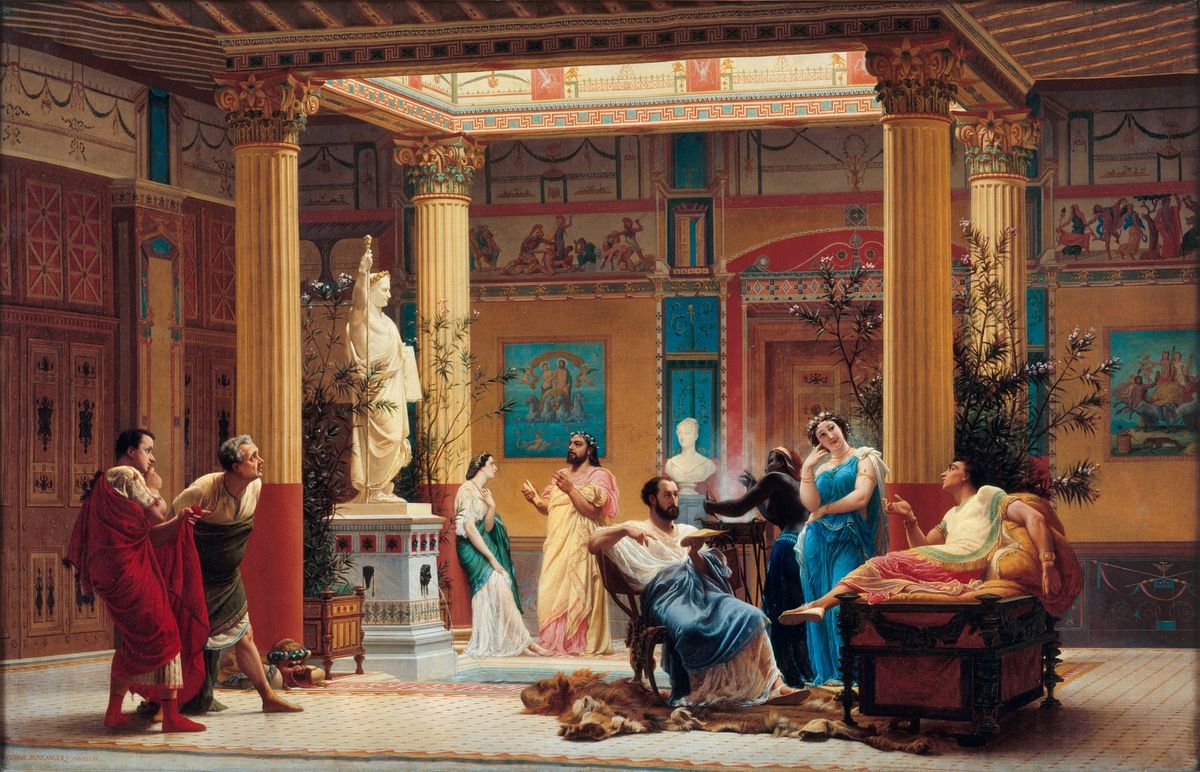 Gustave Boulanger, Duplicate of “The Flute Player” and “The Wife of Diomedus” with Prince Napoleon in the atrium of his house in Pompeii,
1861, oil on canvas, 2’9” x 4’3”, Orsay Museum, Paris 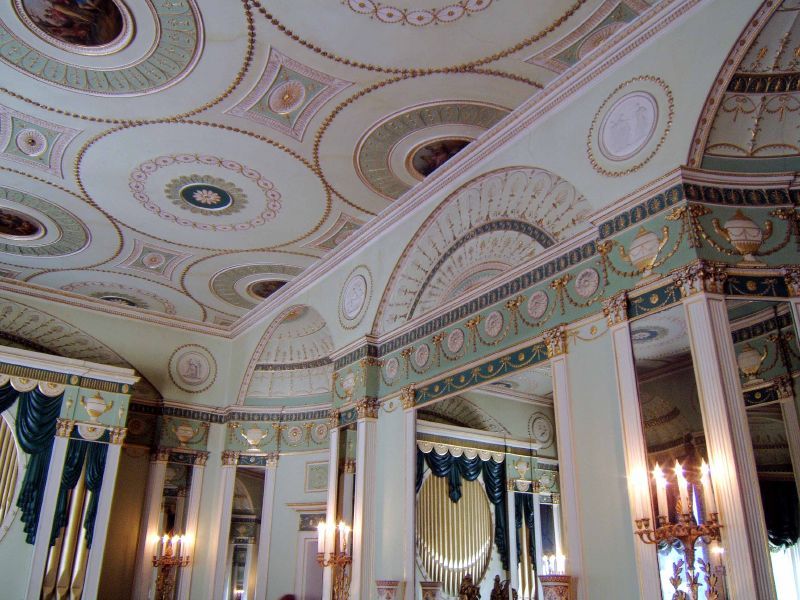 The discovery of the antique cities of Pompeii and Herculaneum in the middle of the 18th century made the Pompeii style fashionable.

2
The Revolution and the Empire in France
In 1789, the French Revolution broke out.

Fed up with leaving all power in the King’s hands and paying too many taxes to the privileged few, from now on the French wanted to have a say in their future!

The French Revolution was an opportunity for a few people to stand out from the crowd. This was the case for one soldier: Napoleon Bonaparte. This hero of the revolutionary wars came to power in France and ended up Emperor, in 1804! 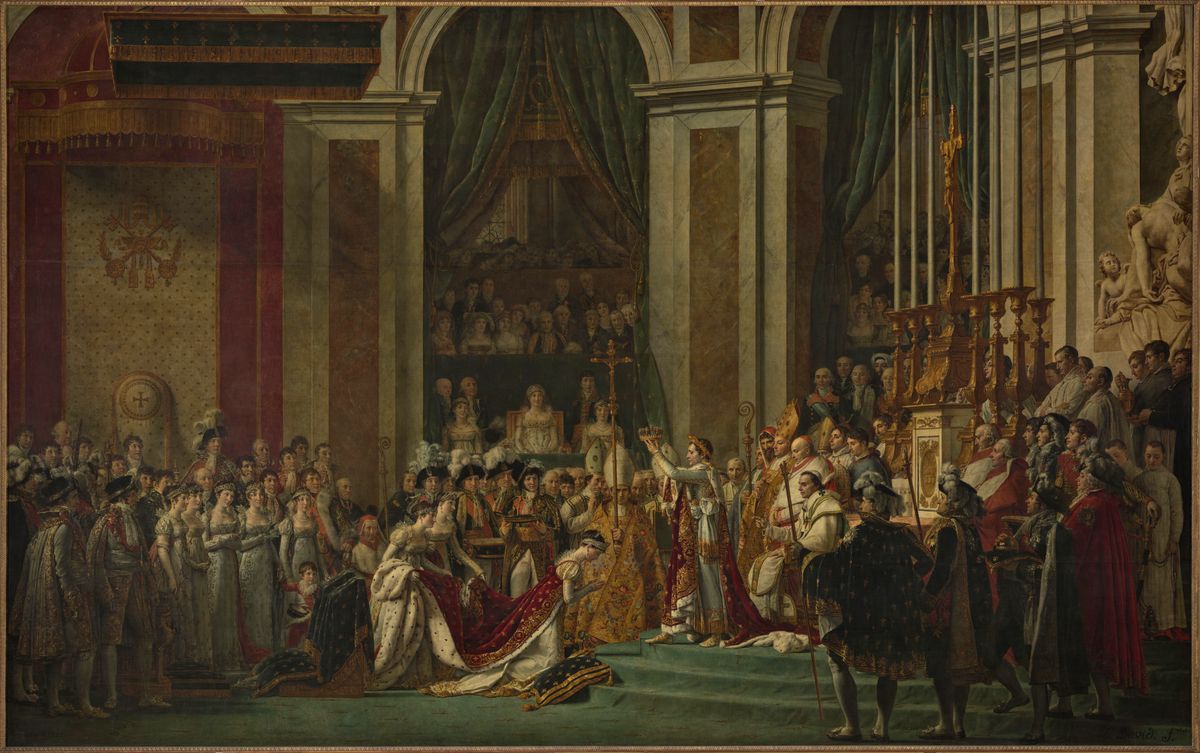 The 1789 Revolution signed off the Royal family and allowed historic figures like Napoleon to emerge.

In 1765, the discovery of a temple dedicated to the Egyptian goddess Isis in Pompeii revived interest in ancient Egypt. Over the years, this phenomenon became a real craze: Egyptomania!

But it was really the military campaign in Egypt, led by General Bonaparte, the future emperor Napoleon, who took scientists and artists to the country, that caused this craze to invade France. And even today, Paris is marked  everywhere by it.

The influence of ancient Egypt can be seen everywhere in the decorations and furniture created at the time. This style was simply known as “back to Egypt”. 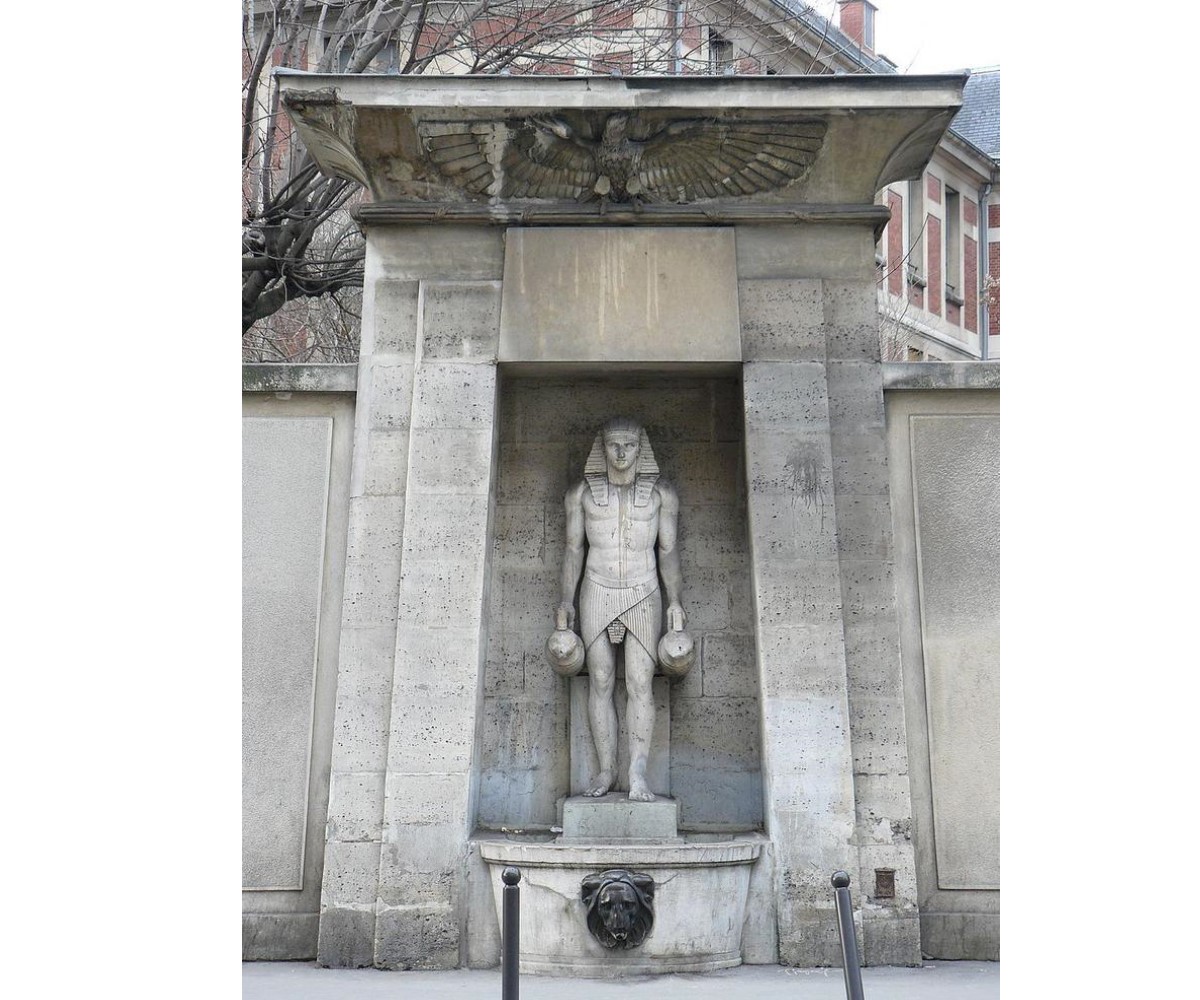 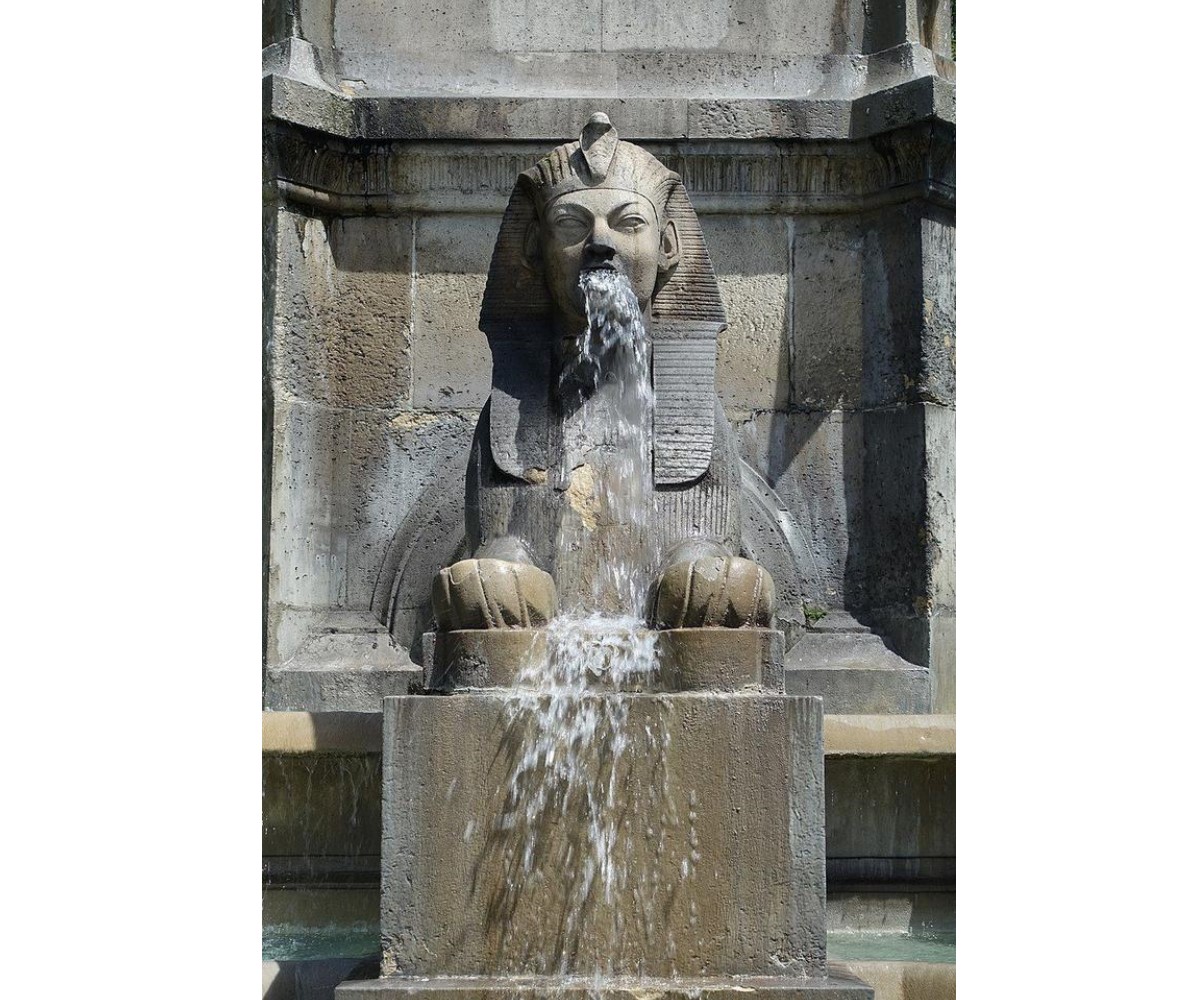 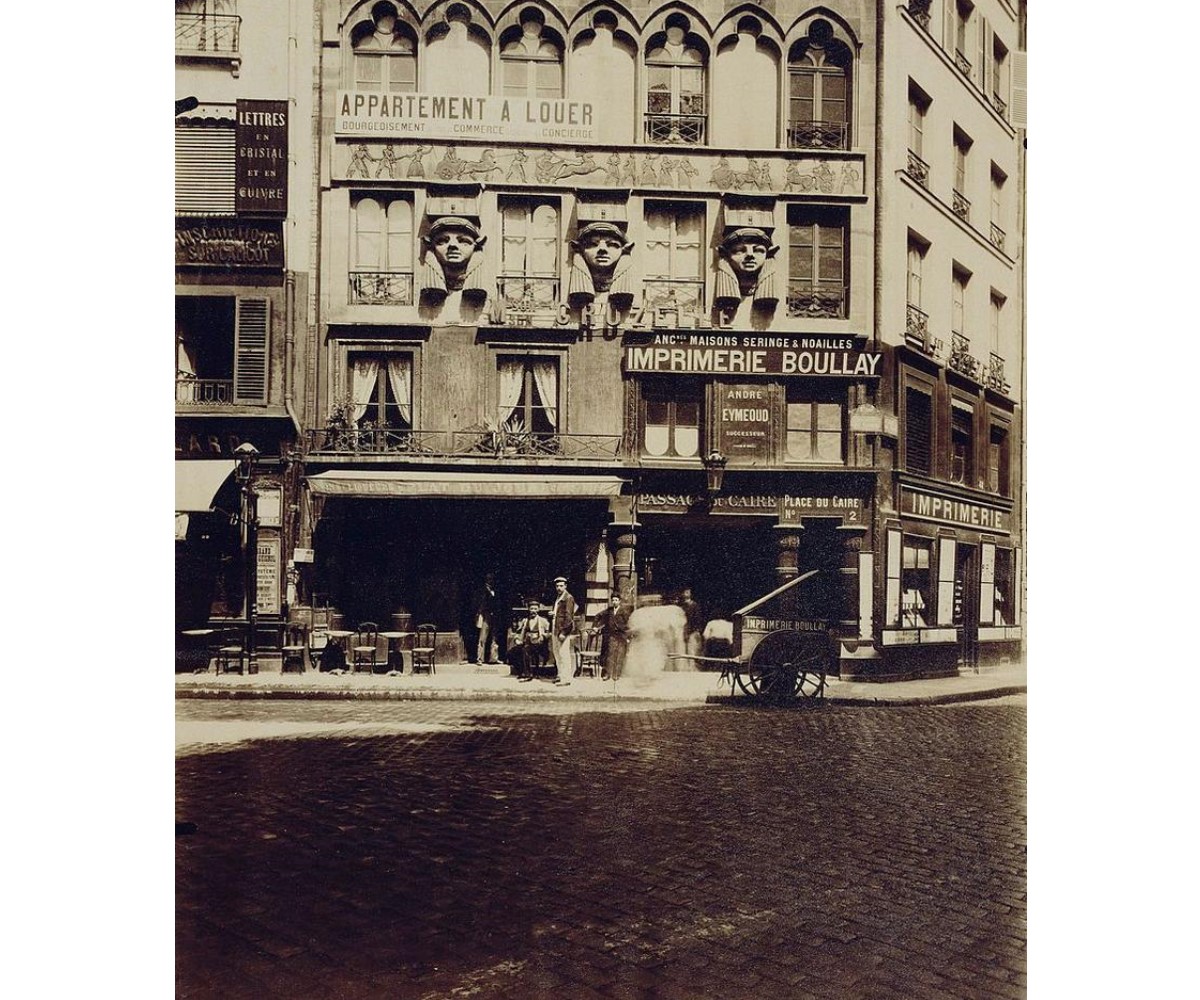 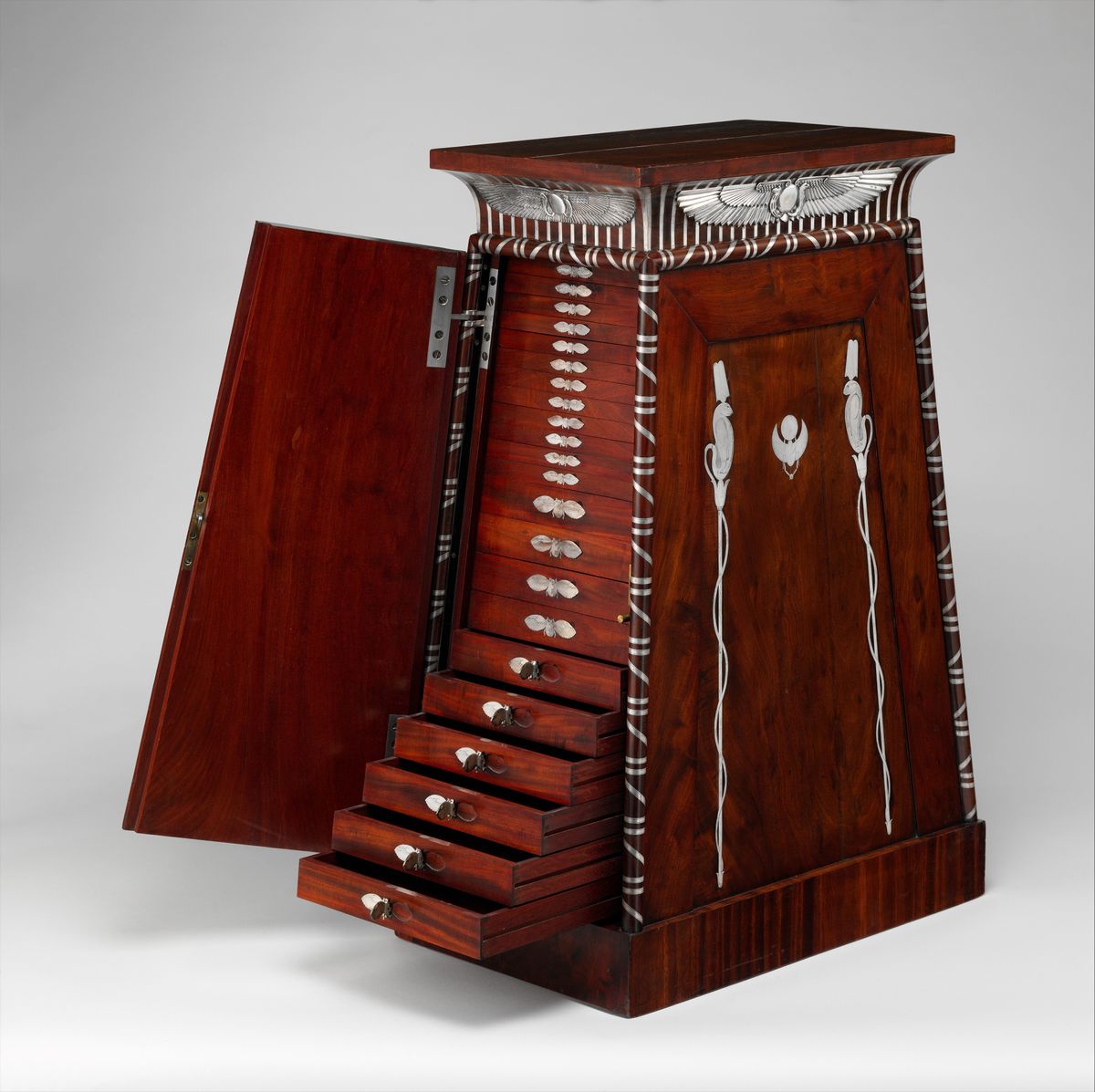 Charles Percier, Coin cabinet in the form of an Egyptian Tower,
1809-1819, mahogany and silver marquetry, Metropolitan Museum of Art, New York
In a nutshell

The fashion of Egyptian decorative motifs, or Egyptomania, is still visible in Paris today. 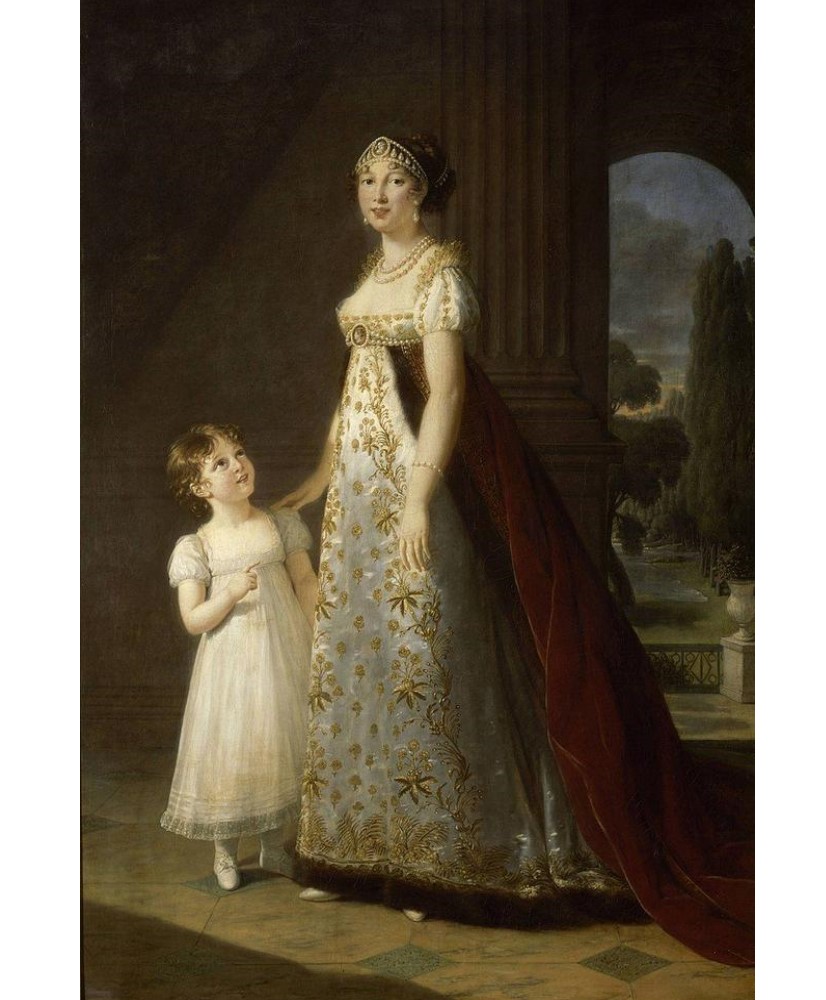 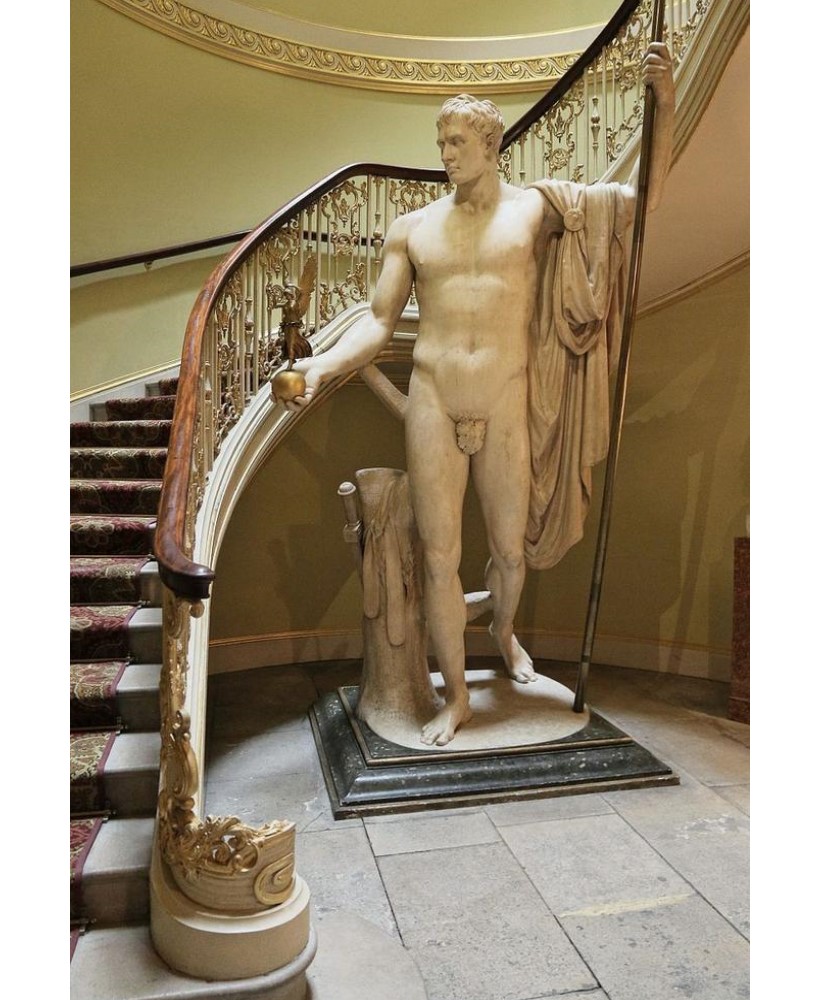 The passion for Antiquity gave birth to an artistic movement known as Neoclassicism. This term means “New Classicism”, because at the time it was thought that the best form of classical art was Antiquity.

That is why painters were in favour of putting antique columns in their paintings, as Elisabeth Vigée Le Brun has done here.

That is also why Canova, the Italian sculptor, created sculptures that seemed to come straight out of Antiquity.

It’s also visible in the architecture of the buildings erected during this period, which often looked like Greek temples! 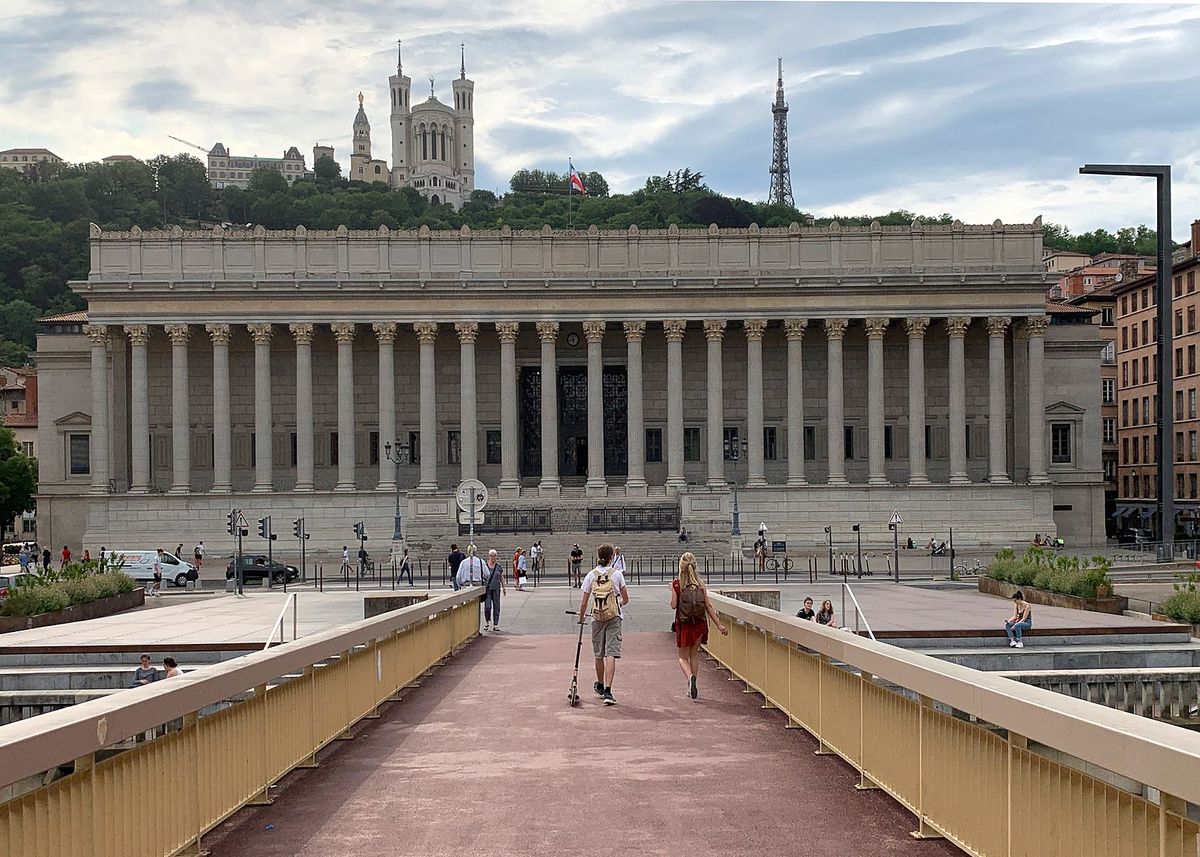 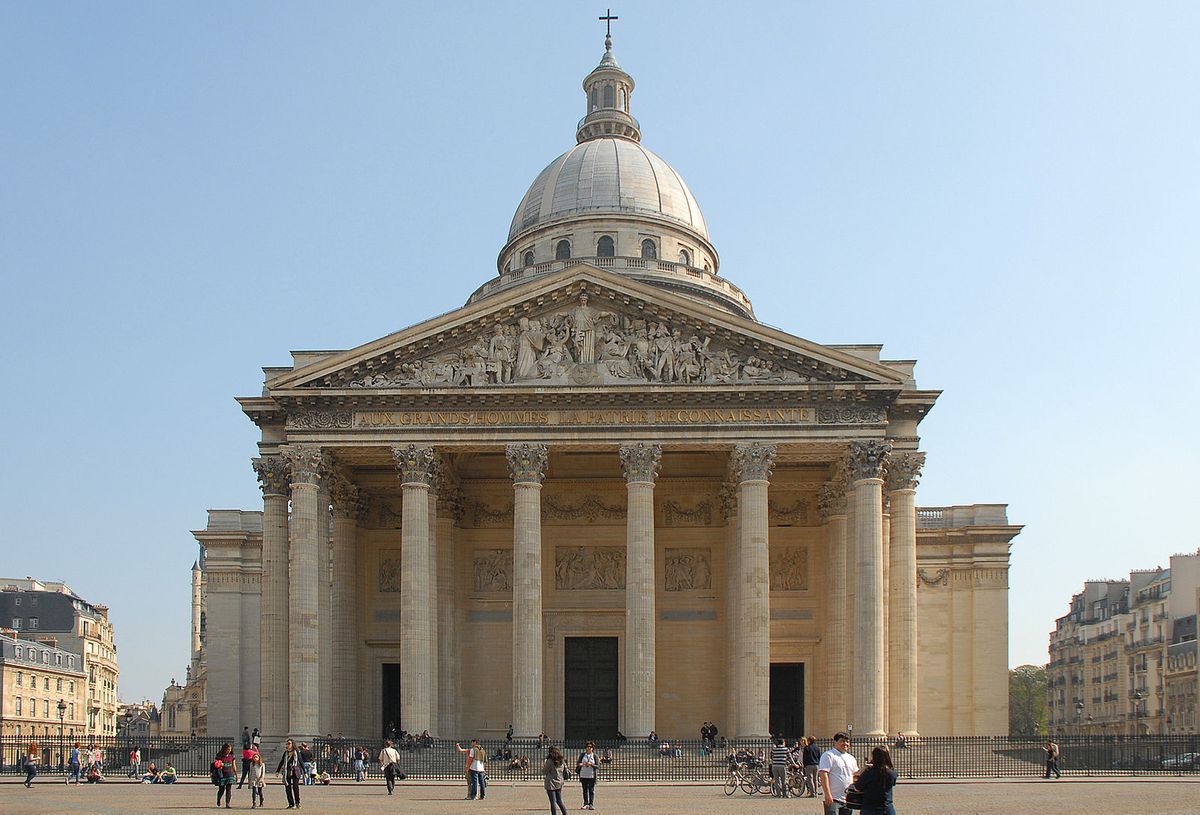 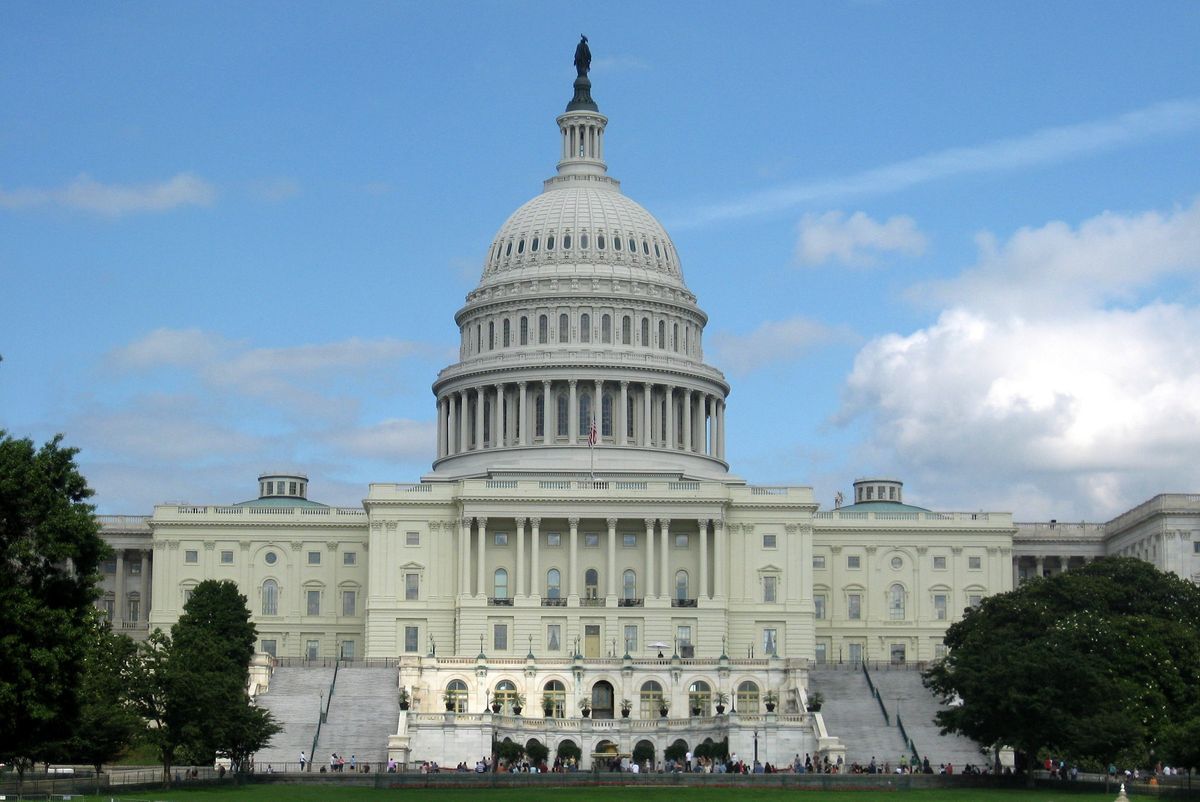 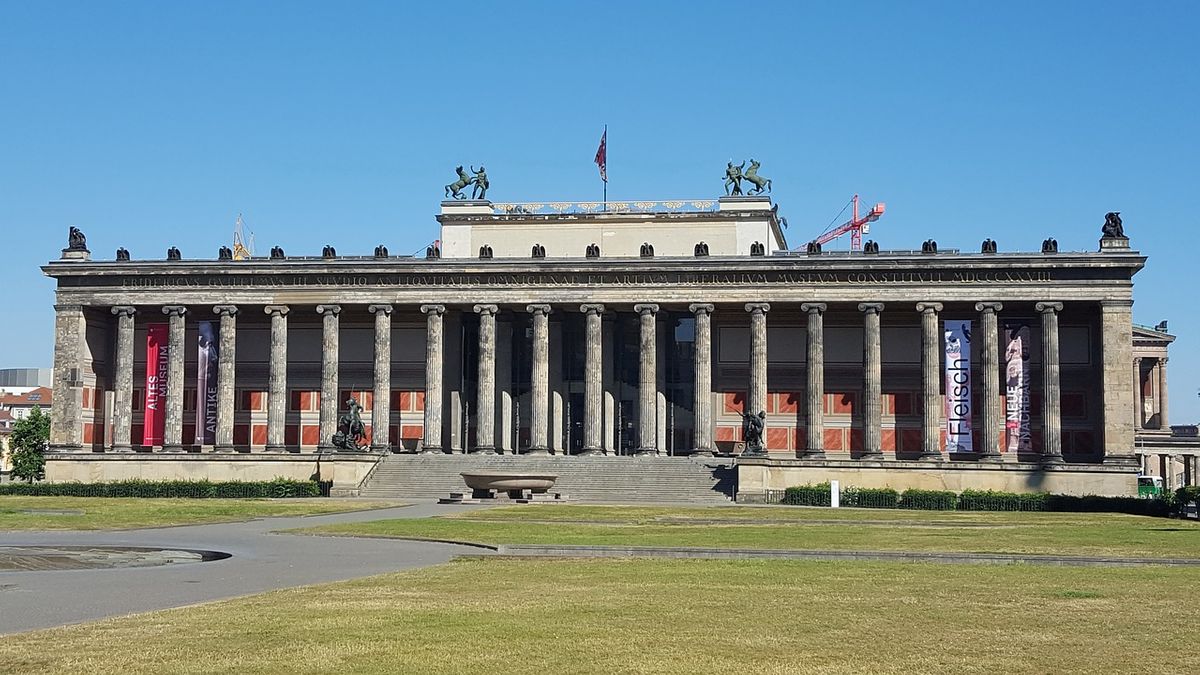 Neoclassical art was born in the 18th century and drew a great deal of inspiration from classical Greek art, which was considered perfect.

When David painted the Serment du Jeu de Paume (The Tennis Court Oath), he sensed that this Revolution was not just a fleeting event without any great significance and that humanity was at a turning point.

Many artists understood this. They therefore began to represent the history which was being written before their very eyes.

Gradually, the people – you and me – became the heroes of these historically inspired works of art. The same thing can be seen in literature. Novels such as Les Misérables by Victor Hugo, featured “ordinary people”  as their main characters. 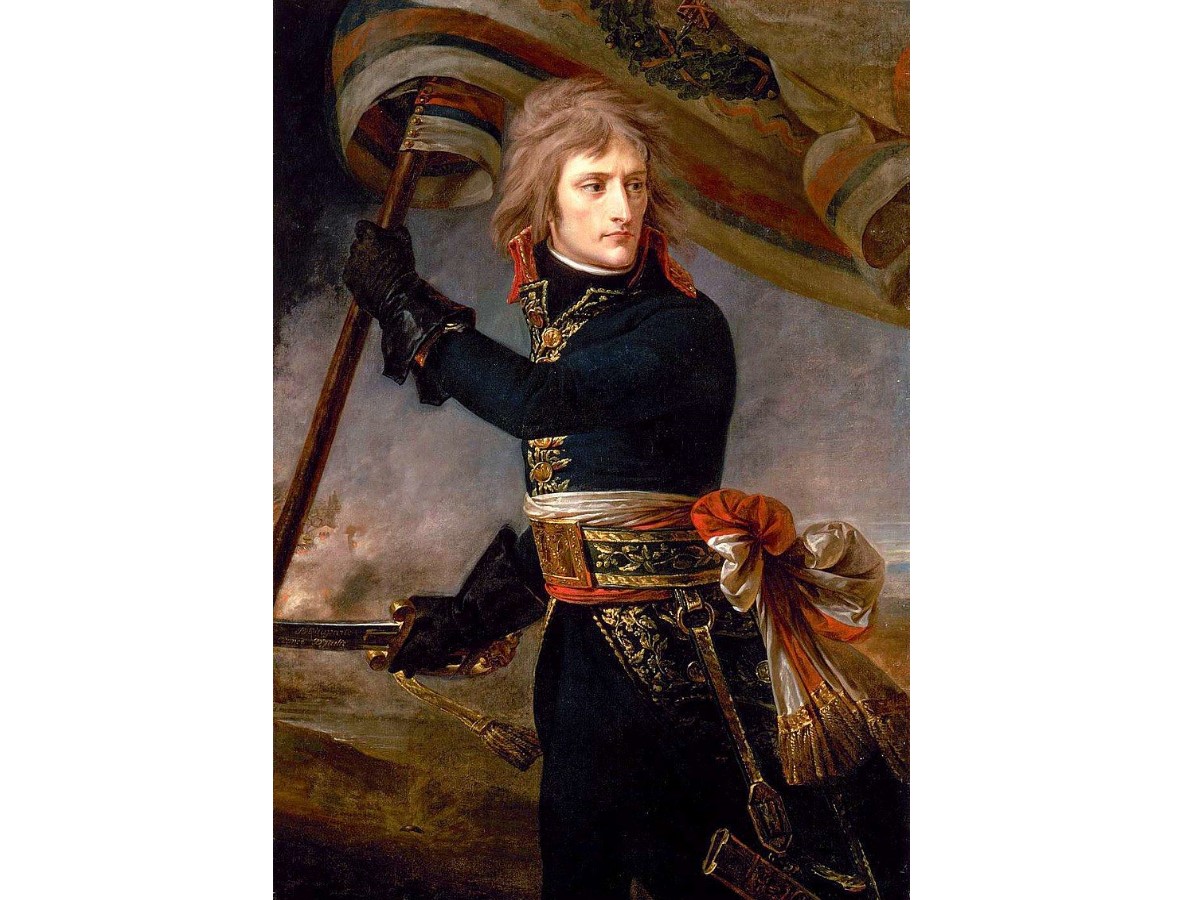 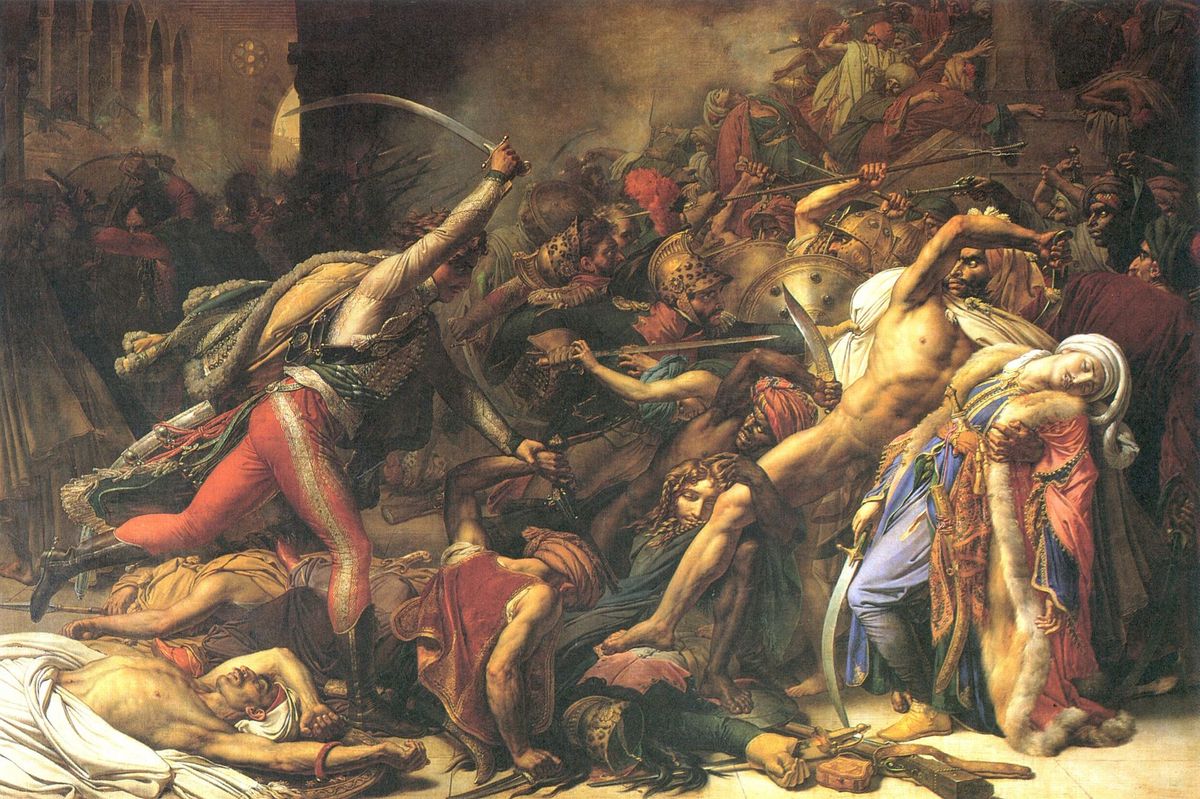 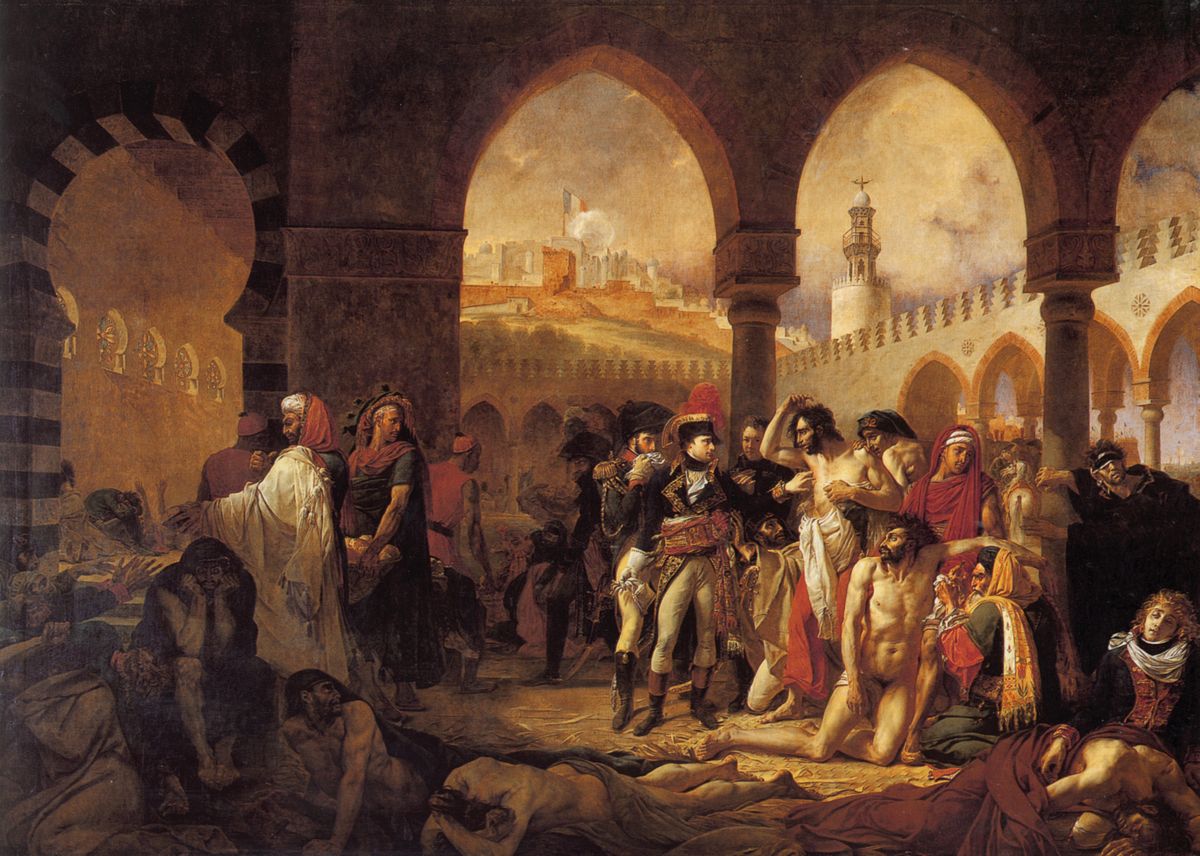 From the Revolution onwards, artists painted everyday events and took an interest in “ordinary people”.

Francisco de Goya was a Spanish painter. He began his career with Neoclassical paintings that suited the tastes of the time, but very quickly he took a  personal route, which was to make him one of the first Romantic painters (we talk about this movement in the next lesson!) 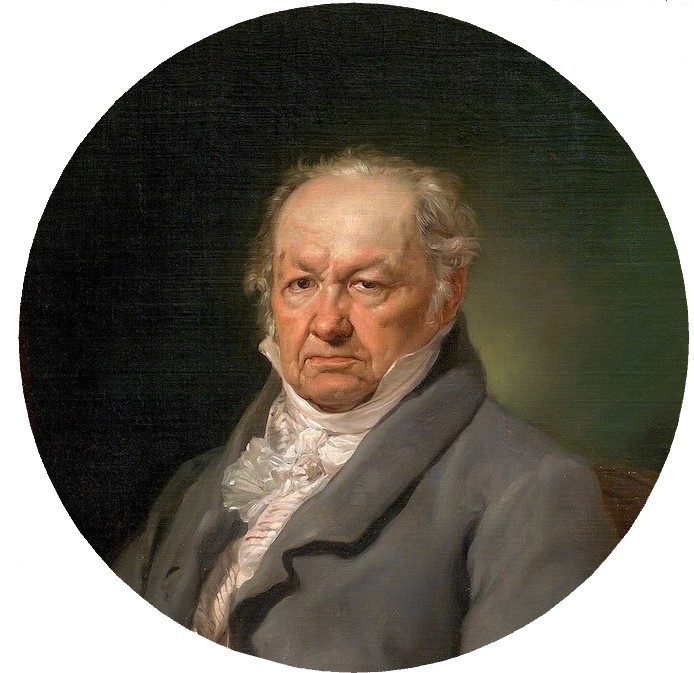 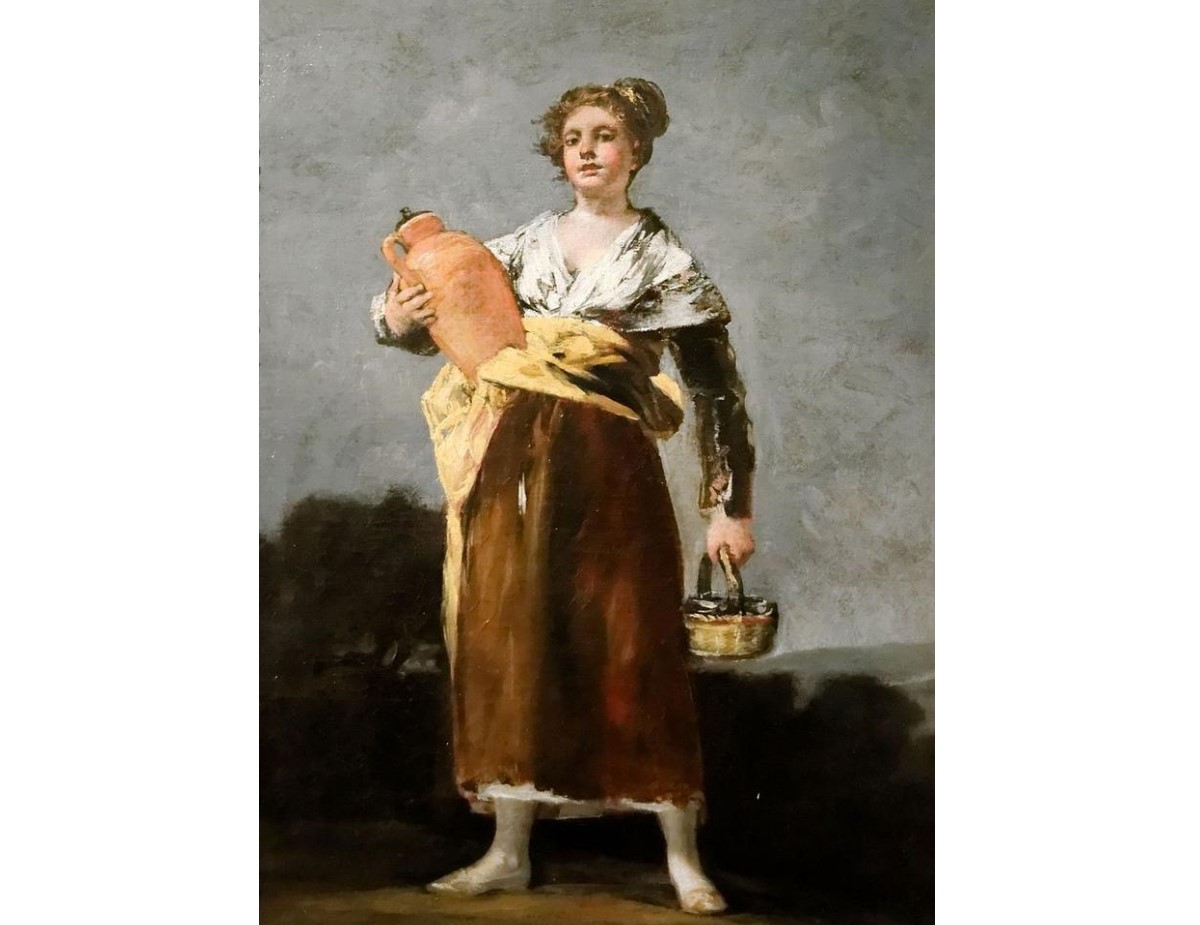 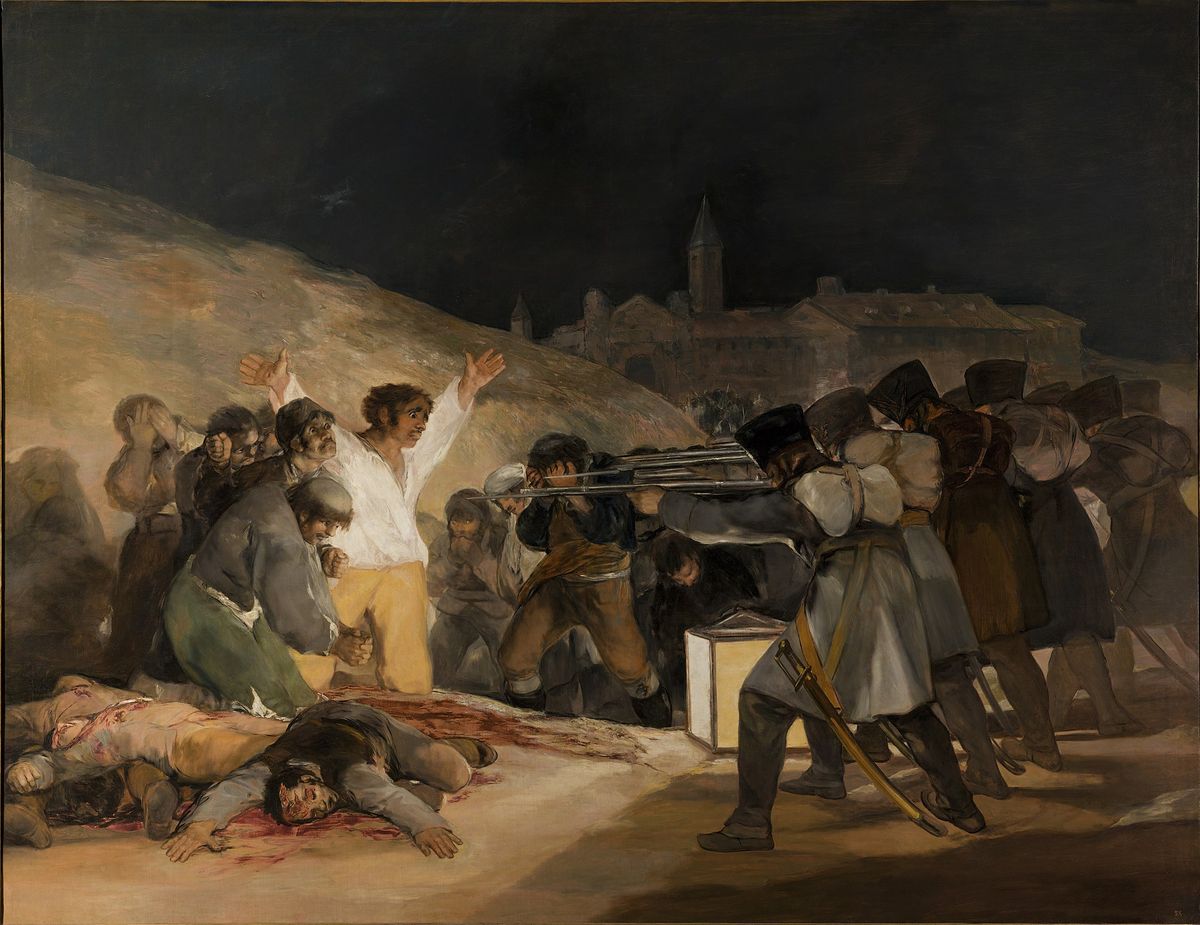 Francisco de Goya, The Third of May,
1814, oil on canvas, 8’6” x 11’2” inches, Prado Museum, Madrid The Third of May denounces the massacre of Spanish prisoners by Napoleon’s army.

In his works, the people were portrayed as heroic on a daily basis, like this woman carrying water observed from the ground to portray her in a more glorious light.

However, he also painted the history of his era, especially when events shocked him! The Third of May denounces the massacre of Spanish prisoners by Napoleon’s army.

Goya, the Spanish painter, took an interest in the people and history of his era.